Posted on June 9, 2021 by Marino Communications 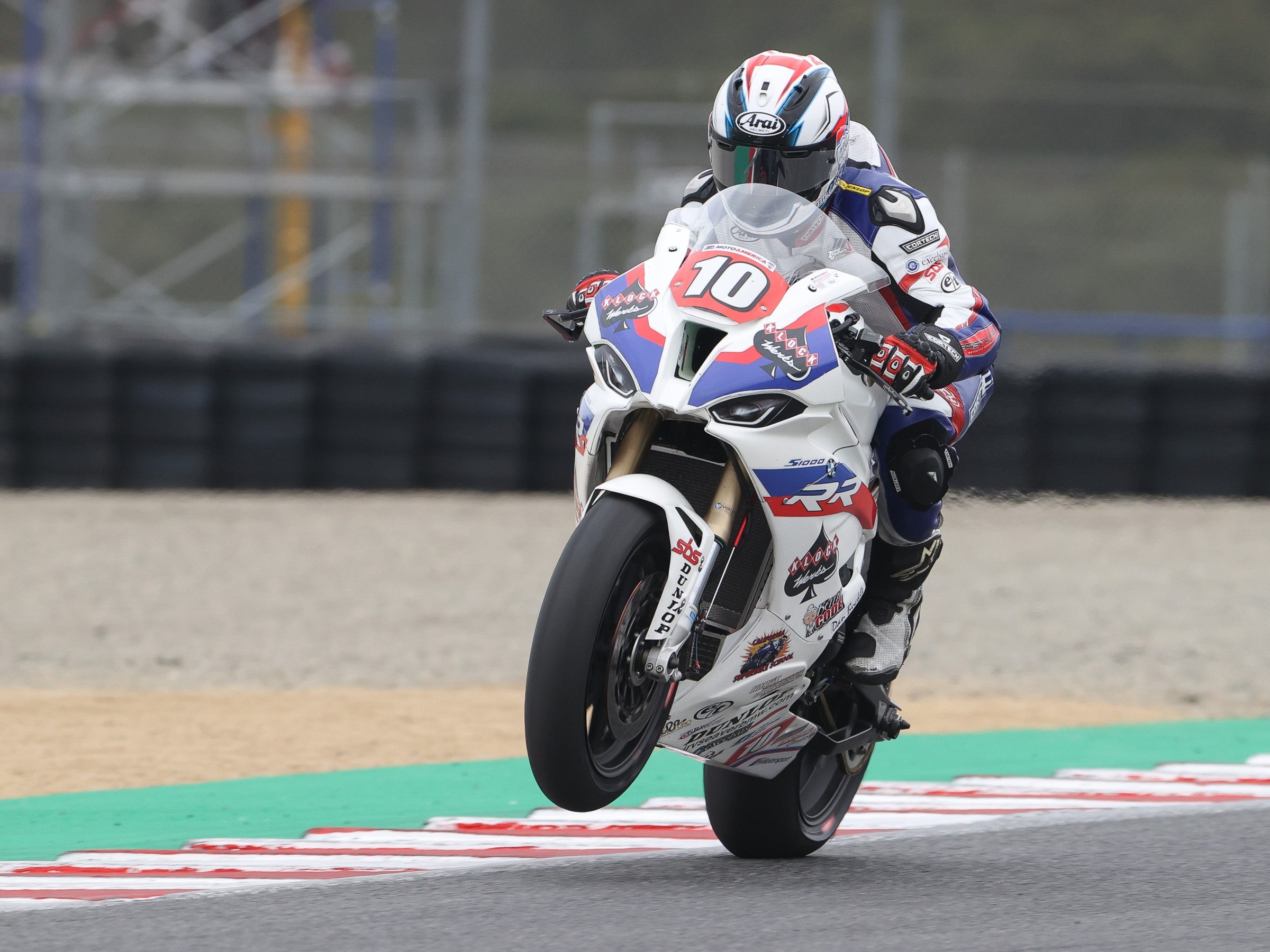 A familiar logo will be affixed to Travis Wyman Racing’s BMW S 1000 RR at this weekend’s MotoAmerica round at Road America. Klock Werks, a South Dakota company that manufactures a variety of motorcycle parts and accessories, is the title sponsor of Wyman’s team for the June 11-13 event at the Elkhart Lake, Wis., circuit.

“It was a big win for the team to gain Klock Werks’ support at the end of the 2020 season, and I’m delighted to be running their logo again at one of MotoAmerica’s best-attended events,” rider/team owner Travis Wyman said. “Klock Werks founder, Brian Klock, has been an enthusiastic supporter of my team, and I’m looking forward to getting his brand as much exposure as I can at Road America.”

Founded in 1997, Klock Werks rose to national prominence when it won the 2006 Discovery Channel Biker Build Off with its “World’s Fastest Bagger” entry. The company’s wide-ranging product lines include its Flare-branded windscreens, sound system accessories, handlebars, fenders and cleaning products.

Road America is a track Wyman has won at before, and the team’s BMW S 1000 RR will have a fresh engine to help Wyman power his way past his competition on the long straightaways of the 4.05-mile track. The team debuted its 2020 BMW S 1000 RR at the season-opening round at Road America in 2020.

Wyman added, “I need to give a big shout out to my mechanic, Alex Torres of Fast Line Motorcycle Performance. Alex spent three days at the team’s East Coast base of operations near Rochester, New York, getting our new engine ready to go for the Road America round. We wouldn’t be in a position to challenge for a podium or better in the Stock 1000 Class without Alex’s hard work over the past few days.”