Posted on September 1, 2020 by Marino Communications 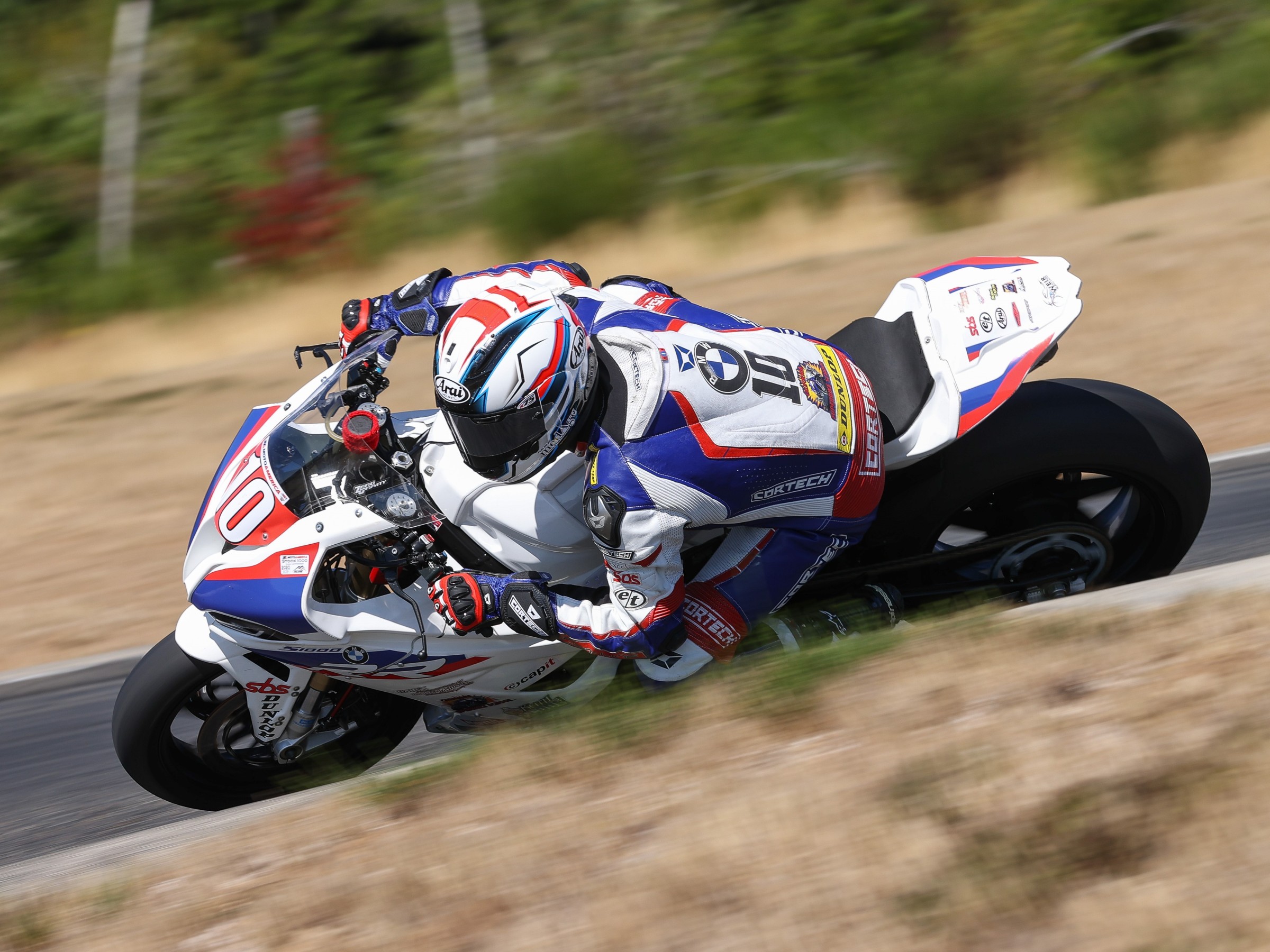 SHELTON, Wash. — While Travis Wyman’s first weekend racing at the Ridge Motorsports Park started with a big crash, the BMW rider rewarded his team’s perseverance with a top-10 finish in Sunday’s MotoAmerica Superbike race and narrowly missed out on scoring his second-consecutive Stock 1000 Class podium.

Wyman ended the Aug. 28-30 event tied for fifth place in the Stock 1000 points standings and was one of several riders who suffered spectacular crashes during MotoAmerica’s first-ever round at the Ridge facility. Wyman’s big crash occurred Friday at the front stretch chicane that was constructed for hosting MotoAmerica competition. The team was experimenting with a softer-compound front tire that lost grip as Wyman was turning into the chicane, and the crash resulted in extensive damage to the team’s 2020 BMW S 1000 RR.

Undeterred by the setback, the team went to work Friday evening repairing the motorcycle and was forced to use most of its spare parts supply in the process. Remarkably, the S 1000 RR was ready to go for Saturday’s Superbike race. However, Wyman was one of the riders who got caught up in a multi-bike crash at the outset of the race. Though the damage to the BMW was not as severe as Friday’s crash, the team wasn’t able to repair the bike in time for the race restart.

The team worked on repairing the bike Saturday night and had it ready for Sunday morning’s Stock 1000 warm-up session. Wyman was running in third place for most of the day’s Stock 1000 race and missed out on a podium finish by 0.384 seconds after a late-race battle with one of his championship rivals. In the Sunday Superbike race, Wyman placed 10th, scoring his fourth top-10 Superbike finish of the 2020 season.

The team has a two-week break before the next MotoAmerica round, which is scheduled for Sept. 11-13 at New Jersey Motorsports Park in Millville, N.J.

“My first time racing at Ridge Motorsports Park certainly didn’t go as planned, but it’s great to be leaving Washington with two good results as we continue to develop our 2020 BMW S 1000 RR. My crash at the track’s new chicane on Friday was in part due to using a different front tire, as we are still working to find an ideal set up on our new bike. It was a gnarly crash with the front tucking so early in the corner. My crew of Steve Weir and Alex Torres did a fantastic job getting the bike back together twice in two days, and their hard work allowed me to score the positive results I did on Sunday. This weekend was a tough one for a lot of riders with having to learn a new track that so few of us had experience on. I’m looking forward to getting the team’s 2020 season back on track at New Jersey Motorsports Park, which is a track I have a lot of experience at. I think the great handling of the 2020 BMW S 1000 RR will give us an advantage there.”