Posted on June 11, 2020 by Marino Communications 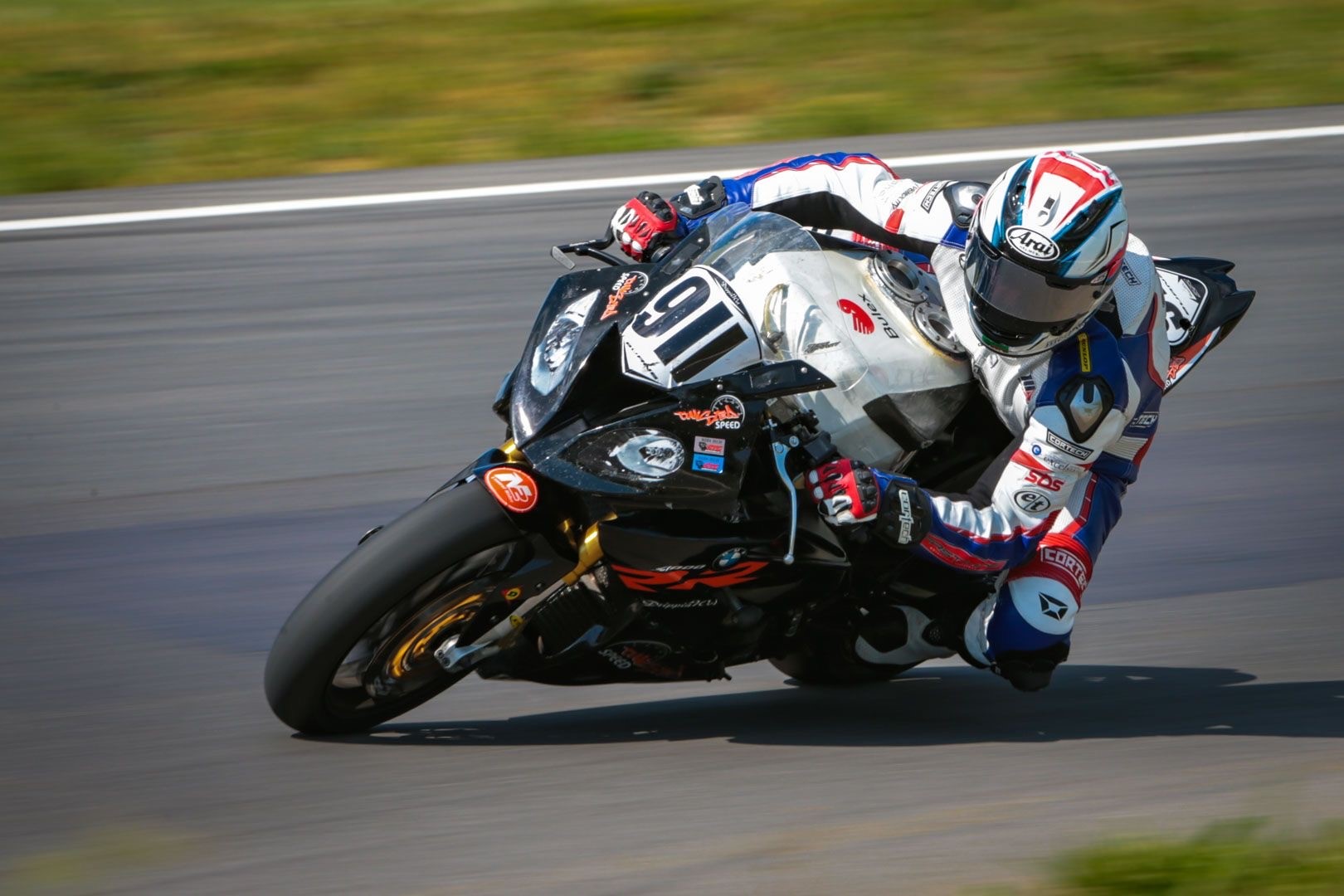 One week after taking part in three races at the opening round of the MotoAmerica season, Travis Wyman was back to racing a BMW. The Las Vegas resident and MotoAmerica veteran teamed up with Twisted Speed Racing BMW to score a podium finish in the Heavyweight Class at the first round of the 2020 N2 Racing/WERA Endurance Series. The four-hour race took place June 6 at Summit Point Motorsports Park in Summit Point, W.Va.

It was Wyman’s second time racing with the Twisted Speed team, and he shared piloting duties for the team’s BMW S 1000 RR with fellow MotoAmerica Stock 1000 competitior Brad Burns. Wyman’s first collaboration with the team was the N2 Racing/WERA Endurance Series round at Nelson Ledges Road Course in Garrettsville, Ohio, where he teamed up with Burns and former MotoAmerica Superbike rider Taylor Knapp to claim an overall victory.

It was Wyman’s first time racing on the Summit Point Main Course in at least a decade, and Wyman and Burns each completed several 40-50 minute stints aboard the BMW to complete the four-hour race. Wyman had a total of five laps on the team’s S 1000 RR in practice and qualifying before taking the race start. He completed one lap in Friday’s practice before lightning ended the session early and got five laps done during Saturday morning qualifying before the race started Saturday at 1 p.m.
The team used the race to test out a new fuel tank for its S 1000 RR package, which will reduce the number of pit stops the team makes during endurance races. The team was supported by Tony Romo of Dunlop Motorcycle Tires and Tim and Aimee Bemisderfer of Dunlop Racing, as well as SBS Brakes, Motul, Evol Technologies and N2 Track Days.

“I want to give a shout out to Twisted Racing’s owner Aaron Borello for giving Brad and myself a stellar motorcycle this weekend,” Wyman said. “The team of John Greer, Scott Rosey, Christopher Semoff and Benjamin Groul nailed the set up and Brad and I were up to speed quickly despite not having raced much since last fall. This BMW package is sure be at the front the field all season.”

Wyman described the race as challenging, as there were multiple classes competing on the circuit at the same time and the closing rates between his BMW S 1000 RR and bikes running in smaller displacement classes made it tough to get into a rhythm on the unfamiliar track.

The Twisted Speed team’s next race is the second round of the N2 Racing/WERA Endurance Series, which is scheduled for July 18 at Roebling Road Raceway in Faulkville, Ga. Wyman plans to race for the team at several more rounds this year that don’t conflict with his MotoAmerica commitments and hopes his speed, race craft and experience will help the team claim its first championship.