Posted on March 27, 2019 by Marino Communications 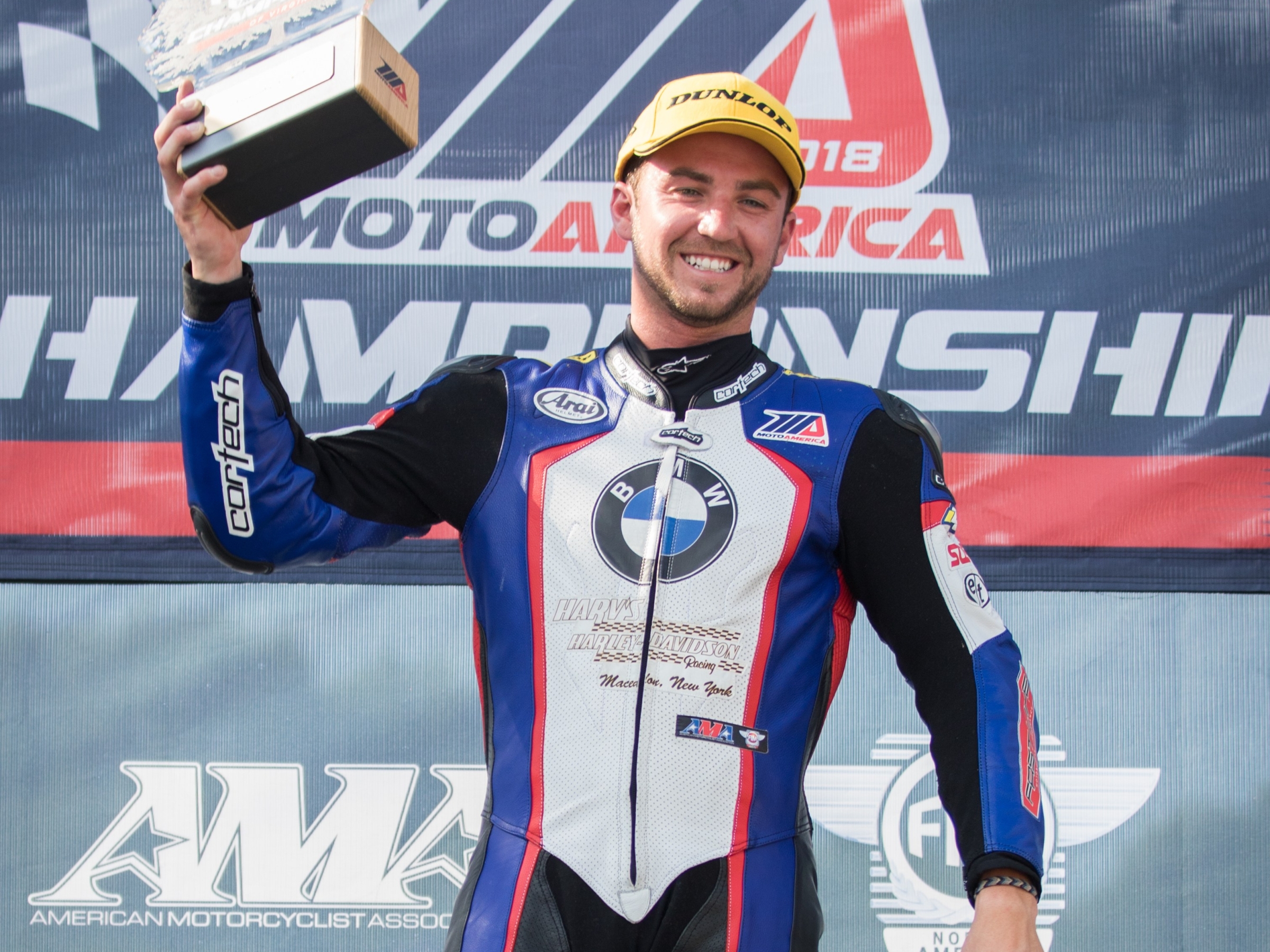 LAS VEGAS — Last year’s runner-up in MotoAmerica’s Stock 1000 Class has his sights set on the goal he came oh so close to accomplishing in 2018.

Travis Wyman of Las Vegas, Nev., will again partner with the Weir Everywhere BMW team in an effort win BMW its first MotoAmerica title. The partnership enjoyed strong results in its first year of competition in 2018 and will aim to use the experience and data it has acquired from racing and off-season testing to capture the 2019 Stock 1000 Class Championship.

“We’ve made some big strides with our BMW package during off-season testing, and we’re expecting even stronger results in 2019,” Wyman said. “Last year at this time, I had no experience racing a 1000cc motorcycle and had just started working with the team. We had three tests under our belt before we made our MotoAmerica debut.

“This season we have a year of experience and plenty of data from last year to work with, and we are heading into the season as proven championship contenders in the Stock 1000 Class.”

In addition to competing in the Stock 1000 Class, the team also plans to demonstrate the prowess of its BMW package by competing in the MotoAmerica Superbike Class races at Circuit of the Americas in Austin, Texas, on April 12-14.

The team also has several title sponsorship opportunities available for select rounds of the 2019 season. Brand managers and business owners interested in using the team’s on-track success to promote their brand are encouraged to contact the team as soon as possible.