Posted on February 6, 2018 by Marino Communications 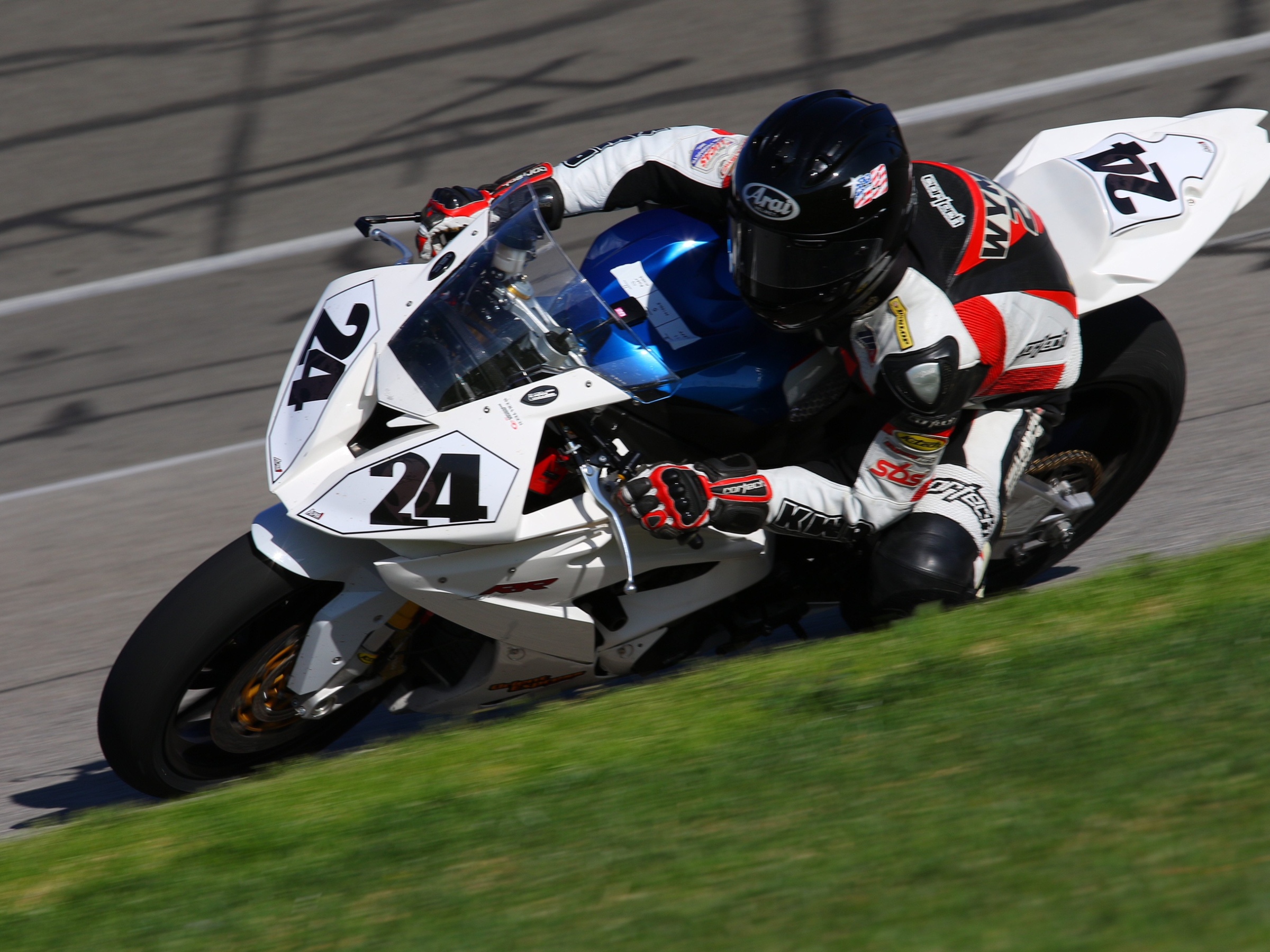 Despite not having raced since last August’s inaugural MotoAmerica Championship of Pittsburgh at Pittsburgh International Race Complex, and this being his first time competing on Superstock 1000 machinery, Wyman got right up to speed on the BMW. Wyman’s proven pace, as evidenced by three wins and seventeen podiums in AMA Pro Superbike/MotoAmerica competition, shown through as he shaved over a second off his lap times during Saturday’s practice sessions.

On Sunday, Wyman competed in three classes and took the win in the A Superstock Expert class. Despite starting from the 11th row of the grid, Wyman was able to put the Weir Everywhere Racing BMW on the top step of the podium. The Wyman/Weir partnership rounded out the day with a pair of podiums, including a second-place finish in the Formula 1 Expert class and a third-place in the A Superbike Expert class.

According to Weir, the current plan is to continue developing the BMW package under Wyman at track days and possibly another WERA round over the coming months. Additional information about Weir Everywhere Racing and Travis Wyman’s racing plans for 2018 will be announced at a later date.

Travis Wyman, Rider for Weir Everywhere Racing, said, “The weekend went even better than I had expected. We spent a lot of the weekend getting the bike set up to fit me and my riding style. This was my first time racing since last August, and my first rime racing a literbike. Thanks to Steve Weir’s hard work and Lenny Albin dialing in my K-Tech Suspension, I felt immediately comfortable pushing the bike out on track. I am very happy with our race results this weekend, and am looking forward to working with Steve Weir to continue developing this BMW S1000RR over the next couple months.”

Steve Weir, Crew Chief for Weir Everywhere Racing, said, “This was our first time working with Travis, and we are delighted with what we have seen from our partnership so far. Both Travis and I are veterans of the sport, and we were able to work together to make huge strides this weekend. We are still working to get the bike fully set up, and I see an awful lot of potential in the combination of Travis’ pace and ability with the BMW S1000RR package. We will continue to work with Travis on developing the BMW over the next couple of months, and I am looking forward to seeing this combination really come together as we progress through testing and racing.”

All photos courtesy of CaliPhotography